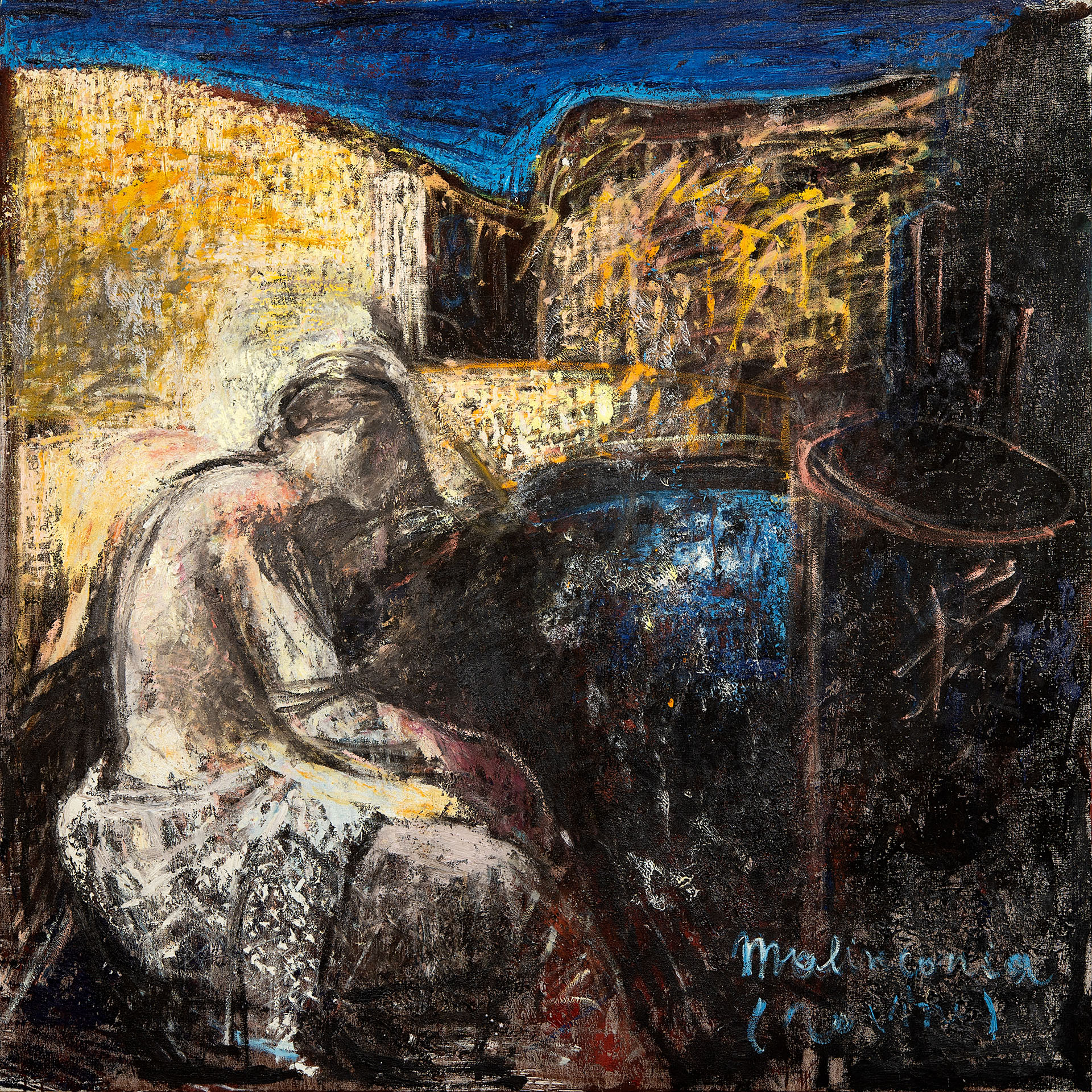 Gratuita
The exhibition “Ruggero Savinio. Opere 1959-2022”, promoted and produced by Comune di Milano - Cultura, Palazzo Reale, and Silvana Editoriale, and curated by Luca Pietro Nicoletti, will be held in the Appartamento dei Principi of Palazzo Reale from 26 May to 4 September 2022.

Ruggero Savinio (Turin, 1934) is returning to Milan with an anthological exhibition that features a number of works, some of which have never been showcased before nor have been on display for a long time; they have been drawn from public and private collections, as well as from the storage rooms of the Museum of the 20th Century, spanning his entire artistic career and life. Twenty-three years have passed since 1999, when Milan hosted a major exhibition devoted to the artist’s work in the Sala Viscontea of Castello Sforzesco.

The exhibition, which combines paintings, drawings, and works on paper, begins with Savinio’s formative years in Rome, Paris and, above all, Milan. The city was the backdrop for one of his most intense and tormented years, when the artist was seeking for a place to put down roots and find his own individual and artistic identity.

The story told in this exhibition – assigned to a team of scholars coordinated by Luca Pietro Nicoletti – is not that of Alberto Savinio’s son or Giorgio de Chirico’s nephew, his mentors and somewhat tutelary deities who were never disowned, but all in all are faint echoes in the background.

The focus is, instead, on the individual story of a man who made painting, as he wrote in 2008, the “internal melody” of his life. Indeed, of the three de Chirico painters, Ruggero is certainly the one most devoted to this vocation, and although he loved literature and included its beloved and great echoes in his own visual imagination, he understood that the way forward, for an artist born in the 1930s, was to recover the retinal value of painting that unravels on canvas; it’s all about colour and matter, and through it the painter can soar to the heights of an Arcadian imagination, resembling the ancient Greek god Pan’s attachment to nature; ascending to a pinnacle of the sublime in the majestic silence of ancient ruins, he could finally descend into the domestic tranquillity of his serene, mature years.

Savinio aims, as he wrote in 2019 in Il senso della pittura (The Meaning of Painting), to achieve a pictorial “absolute” devoid of any other possible implications, capable of looking at the masters of the past with the freshness of a new discovery pointing toward the present. His is not an art that describes, but “a sort of rapture revolving around the vitality of painting”.

This is why we decided to present Savinio as if his paintings had been specifically created for the ten halls of the neoclassical palace, amidst mouldings, mirrors, and velvets, to recall how his research continually came to terms with the ideal museum of painting and the great antique galleries. The discovery of those masters, and in particular those of the second half of the 19th century, had taken place in the great European collections, but also thanks to the works on display in the Milanese public collections, where that sensual love for colour that rests on canvas with a thrill of pleasure, then emerged.

The 20th century to which he belongs is a “different” one, in which a northerly wind blows, eased by the lights of the Mediterranean, faithful to its own internal reasons and indifferent to the more noisy and worldly styles of the second half of the 19th century.

Notably, Savinio juxtaposes to the rhythms of consumption typical of contemporary art, a calm and imperturbable vision of the world, which embraces the twilight of the poets. Under the sensitive veneer of a painting made of small brushstrokes and touches, which the artist himself defined in 1996 as “luminous vicissitudes” and leads to pleasant and idyllic places, there is indeed a veil of melancholy and restlessness: it’s perhaps a form of nostalgia for a lost “Golden Age”.

The exhibition at Palazzo Reale showcases, in five sections, paintings, drawings, and works on paper from the early 1960s to the second decade of the 2000s, highlighting the relationship between pictorial research, literary culture, and autobiographical memory.

Savinio’s life and imagination are interspersed with a number of physical and literary places: Milan, the backdrop of his youthful beginnings and his collaboration with gallery owners and other artists; his holiday homes at Poveromo, Capalbio, and Cetona, beloved places full of family intimacy; Rome with its parks at sunset and its archaeological vestiges; visionary and dreamlike mountain landscapes ready to host the emblematic appearance of flowers or other presences, the ideal setting for Hölderlin’s journeys.

The exhibition starts off with a room of self-portraits to emphasise the relationship between painting and biography. The aim is to reveal the artist’s personal mythopoetic vision – independent of the family’s artistic history, whose legacy he inherited – to include Savinio in his own time and, above all, to highlight the sensuality that characterises his relationship with painting, as can be seen in numerous pages of his books, his statements about poetics, and the texts he devoted to his painter friends and past masters.

The exhibition is also of particular interest in the wake of the recent historiographic rediscovery of the 1980s and the so-called “return to painting”, which for Savinio, who had always been faithful to the tools of that expressive language, marked a moment of renewed creative vitality.