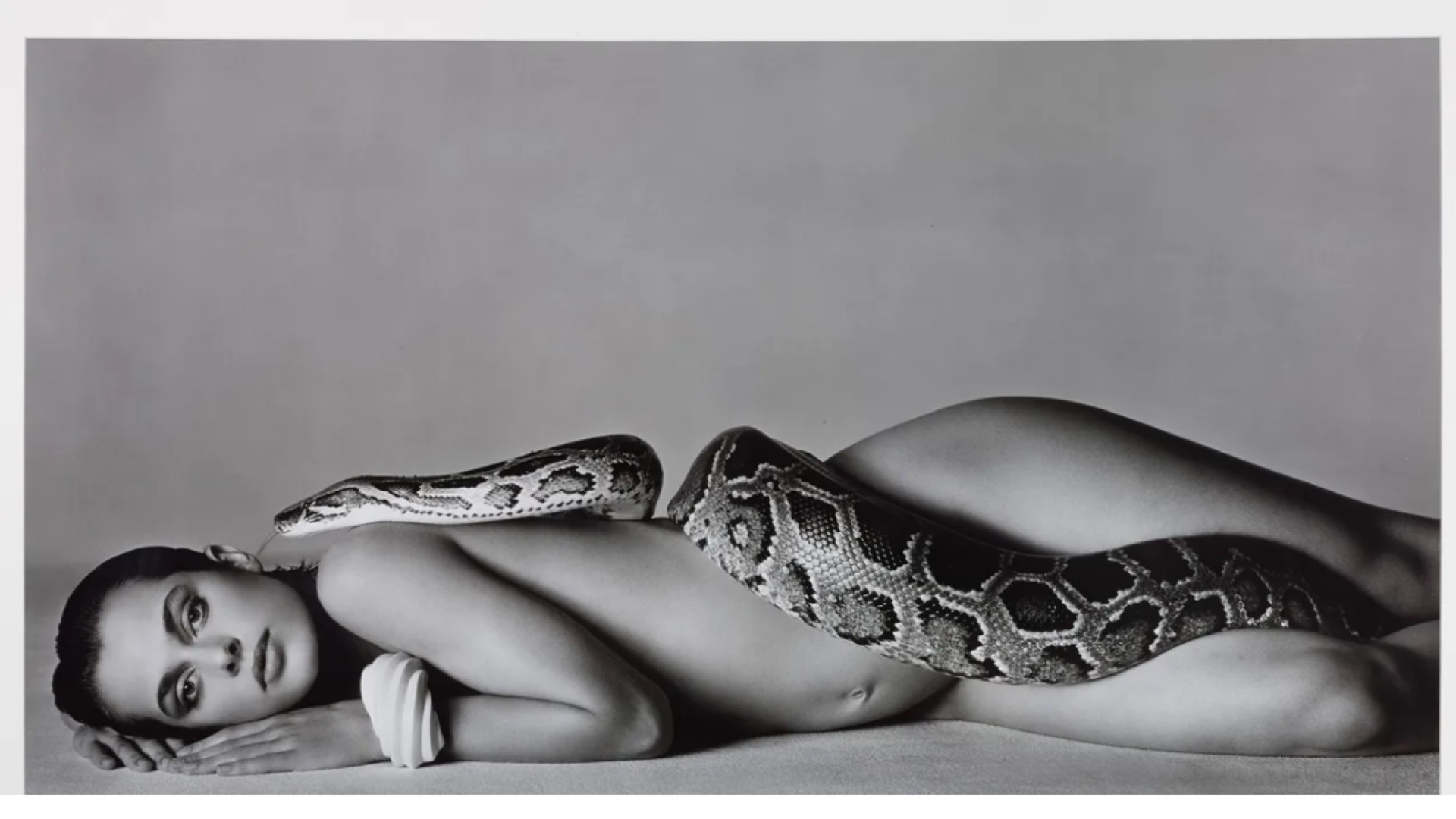 From 22 September 2022 to 29 January 2023, Palazzo Reale in Milan celebrates Richard Avedon (1923–2004), one of the greats of 20th century photography, with an exhibition entitled ‘Richard Avedon: Relationships’, tracing a career that spanned more than sixty years. The show features 106 images from the collection of the Center for Creative Photography (CCP) in Tucson (USA), and from the Richard Avedon Foundation (USA).

One hundred and six images, illustrating more than sixty years in the career of one of the greatest photographers of the 20th century.

The works on display enable visitors to explore the innovative aspects of Avedon’s art, which made him one of the most influential creative giants of the 20th century. On the one hand, he revolutionized the way models are photographed, turning them into actresses who were the main focus of a set, instead of static subjects, and showing their human side, while on the other hand his amazing, and often large-format, black and white portraits of celebrities reveal the more psychological side of the sitters.

Avedon's work for Versace shows how the unique relationship that is sometimes created between a designer and a photographer can produce images that occupy a timeless dimension, going way beyond the confines of the specific context linked to the seasonal nature of fashion that they were originally intended for, and revolutionizing its global narration.

Avedon’s particular gaze made him one of the few photographers able to interpret Gianni Versace’s cutting-edge talent, capturing the Italian designer’s style and elegance, as well as the radical nature of his fashion.

The photographer’s abstract language functions in a compressed space that accentuates the figures, making them absolute, and creates explosive choreographies with the bodies of some of the most celebrated top models of the day, through unrestrained, syncopated movements that highlight the forms and textures of the clothes. This can be seen in the campaign for the 1993 spring/summer collection, featuring Linda Evangelista, Christy Turlington, Kate Moss, Aya Thorgren, and Shalom Harlow.

The exhibition is divided into ten sections: The Artist, The Premise of the Show, Early Fashion, Actors and Directors, Visual Artists, Performing Artists / Musicians and Writers / Poets, Avedon’s People, Politics, Late Fashion, Versace. However, it hinges on the two most characteristic aspects of Avedon’s work: fashion photographs and portraits.

The fashion photos can be grouped into two main periods. His early shots, created before 1960, were taken on location, and featured models acting a part to create a specific narrative.

By contrast, his later works focus exclusively on the model and the clothes she is wearing. In these images, Avedon often uses a minimalist, uniform background, and more often than not depicts the subject in dynamic poses, using the fluid forms of the body to reveal the construction, fabric and movement of the clothes.

The first fashion photos taken by Avedon (prior to 1960) depict much more than clothes. Created for fashion magazines like Harper’s Bazaar and Vogue – a publication for which he worked until 1988 – they transport the reader into a world of glamour and fun in which women live a carefree, hedonistic life. These cinematographic images encourage the viewer to create a story, to construct an imaginary plot.

Some of the scenes have a minimalist background and barely indicated settings, while others feature locations and several “actors”. In both cases, Avedon makes the viewer feel that they are witnessing a multi-faceted story about a life of ease and pleasure, which the public could also experience, if only they had the right clothes.

In these “filmic” photographs, Avedon uses additional figures strategically. As in Carmen, Homage to Munkácsi, Coat by Cardin, Place François-Premier, Paris, 1957, in which the photographer focuses on the model, who is suspended in a mid-air leap and placed in the centre of the shot.

The simplicity of the photo of Carmen contrasts with the image of Suzy Parker with Robin Tattersall and Gardner McKay, Evening Dress by Lanvin-Castillo, Café des Beaux-Arts, Paris, 1956, in which the model is bent over a pinball machine in the mirror room at the Café des Beaux-Arts in Paris, her flounced skirt rendered dazzling by the back-lighting. Next to her, two men in tuxedos, also leaning on the pinball machine, are waiting for her to finish playing. Avedon uses supplementary “actors” in the scene to add to the glamorous atmosphere, to make the woman even more desirable, and the story more complex.

Avedon worked intensively with many top models, from Dovima to China Machado, from Suzy Parker to Jean Shrimpton, and from Penelope Tree to Twiggy, as well as Veruschka. The extraordinary affinity that he shared with Dovima, for example, led to spectacular images, such as the iconic Dovima with Elephants, Evening Dress by Dior, Cirque d'Hiver, Paris 1955.

A series of shots of Penelope Tree and of Jean Shrimpton reveals how Avedon was able to exploit the particular qualities of a model's face or body, and three photos of Dorian Leigh from 1949 show his ability to transform the subject by means of different locations and garments, allowing her to act out diverse roles and characters.

In Dorian Leigh, Coat by Dior, Avenue Montaigne, Paris, for example, the model is enveloped in a coat with a fur collar and voluminous sleeves, and is sitting in a convertible with a hat box, a bouquet of roses, and a dog lying beside her. The woman's feathery fringe, delicate expression and pensive look suggest innocence and friendliness in spite of her extraordinary beauty.

By contrast, Leigh appears as a haughty, arrogant figure in Dorian Leigh, Evening Dress by Piguet, Helena Rubinstein Apartment, Île Saint-Louis, Paris. Avedon portrays the model in profile in front of a mirror, intent on contemplating her own image. Her hands-on-hips pose, hair, make-up and jewellery are all studied to perfection and placed in a context that evokes class, sophistication and elegance. The splendid sculptural dress and the sense of self-assurance she conveys, make Leigh a style icon.

The model is transformed yet again by Avedon’s lens in Dorian Leigh, Rhinestones by Schiaparelli, Pré-Catelan, Paris, at a crowded evening event. The photographer portrays her with dark hair carefully adorned with sparkling jewels, her hand on the lapel of her companion’s jacket, who smiles approvingly, as she laughs heartily. Dorian Leigh is expressive, actively participating in social life, throwing herself into an experience, and revealing a deep connection with the man beside her.

When it comes to portraits, Avedon is known for his trademark style, which he developed as of 1969. One of the prominent features of his approach is the use of a white background, which allowed him to eliminate any potentially distracting elements of a set, in order to emphasize the pose, gestures and expression. This is exemplified by a 1981 photograph, chosen as the representative image of the exhibition, showing Nastassja Kinski languidly lying on the floor, embraced by a snake.

Working principally with a large-format camera, he would shoot his subjects fairly close up so that they occupied a large section of the frame, in order to make the observer more acutely aware of the negative space between the figure and the border. The interaction between the figure and the void, between body and space, between solid form and the defining power of the border is the key to the impact of Avedon’s images. The allure of these photos lies not only in their composition, but also in the sense of intimacy they conjure.

Avedon creates powerfully descriptive portraits that bring the viewer up close to the subjects. The possibility of seeing even the smallest details of the face, puts us in a place generally reserved for spouses, lovers, parents or children. For example, in the photograph entitled Louise Nevelson, Sculptress, New York City, 13 May 1975, we can observe the very short haircut of the 75-year old artist, the way in which her eyes scrutinize us from behind her lashes loaded with mascara, the sheen of her lip gloss, and the chic applications on the sleeves of her coat.

Avedon had the opportunity to photograph many of his subjects at moments that were years apart. This happened with the painter Jasper Johns, in 1965 and in 1976, the writer Carson McCullers in 1956 and in 1958, the politician George Wallace in 1963 and in 1976, and the poet Allen Ginsberg in 1963 and in 1970.

However, the most striking example of a photographic relationship that extended over a long period is perhaps the one with his friend Truman Capote.

Avedon first photographed Capote in 1949. Later, in 1959, the two collaborated on Avedon's first book, Observations, a collection of portraits of celebrities, including the opera singer Marian Anderson, the painter Pablo Picasso, and the marine scientist and explorer Jacques Cousteau. The volume also featured an essay by Capote and his comments on the photos, while it was designed by Aleksej Brodovič, the legendary art director of Harper’s Bazaar.

Capote and Avedon worked together again the following year. While the writer was in Garden City, Kansas, to write In Cold Blood, Avedon went to see him on four separate occasions to take photos of the alleged murderers, Perry Smith and Richard “Dick” Hickock, who were awaiting trial.

In Truman Capote, New York, 10 October 1955, the writer was only thirty-one. The picture shows him bare-chested, with his eyes closed, arms behind his back, and clean-shaven. The pose chosen by the photographer accentuates the vulnerability of the young Capote, who is laid bare before the searching, complacent gaze of the observer. The final portrait of Capote, aged 50, dates to 1974. The pliant sensuality of the previous photo has disappeared. Avedon focuses on the writer’s head, which occupies most of the frame and is placed off-centre.

The exhibition also features a large selection of portraits of celebrities from the world of entertainment, actors, dancers, and musicians, as well as civil rights activists, politicians and writers. They include the Beatles (John Lennon, Paul McCartney, George Harrison, Ringo Starr), Bob Dylan, Michelangelo Antonioni, Allen Ginsberg, Sophia Loren, Marilyn Monroe, and the Dalai Lama. There are also two images of Andy Warhol, in which the father of American Pop Art reveals his intimate self to Richard Avedon, displaying his bullet scars, after surviving a murder attempt.

A section is also devoted to portraits of leading figures in US civil rights movements, and members of the US Congress, the latter being included in the portfolio The Family, which was put together in 1976 for Rolling Stone magazine, and documented the US political elite.

The catalogue is published by SKIRA Editore, with texts by James Martin, Donatella Versace, Rebecca Senf and Maria Luisa Frisa.